January 18th 2012 – I attended my first Tri Nation (BTS) running squad session as a nervous beginner triathlete. Up until this point I only ran – I had never in my whole life attended swimming squad and the longest I had ridden was 50km (which left me with ice on my knees all afternoon and I couldn’t walk for days!). I didn’t swim or ride outside of races.

Fast forward 3 years to January 18th 2015 and I was about to line up for my 10th half ironman, the Asia Pacific 70.3 Championship in Auckland NZ.

I knew I would return in 2015 after experiencing this race the year before when they put on a really good event – they even had hot face towels at the finish line and a big feed of fish and chips afterwards. This year I was returning to compete as prep for my first ironman (Melbourne in March) – amazing what 3 years can do.

I have discovered that the 70.3 half ironman is my favourite distance. I love the long training sessions involved and the fact that you can actually race it hard and recover relatively quickly. I have managed to improve my times from 5.24 in my first in Cairns in 2012 to a 4.53 in Busselton in 2014.

After attending so many events (10 now since June 2012) in such a short time means I am now well-versed at bike building, bike racking, registration and avoiding overspending at the merchandise store. 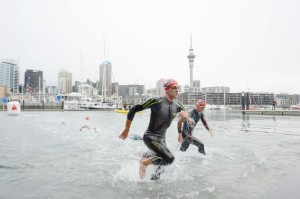 Race morning is always a buzz and I love the feeling and atmosphere of events – it is one thing I don’t think I will ever get tired of.  A quick set up of the bike and nutrition and it’s off to get my wetsuit on and be shuttled off to the start line.

I had raced in Auckland in the World Championship Sprint Distance triathlon in 2012 and I will never forget how cold swimming in the Auckland harbour was. It was about 13deg back then, but fortunately 19 deg on race morning this year.

I don’t usually suffer from nerves in the swim, apart from worrying about a marauding shark or two, and look forward to lining up with the other girls and the rough and tumble at the start.

My goal for the swim this year was simple – swim straight. Last year I swam off course and was put straight by a life guard, so I was determined to stay on target this time. Goal achieved, however I looked at my watch and saw the same swim time as last year (which was really slow) and I will admit my heart sunk (once finishing the race and looking at results it was clear that everyone’s results were about 4 minutes slower than the previous year – goes to show you cannot compare different race times but you also have to be careful with comparing the same race year on year as, in this case the swim course was definitely longer).

Arriving back at T1 and there were many more bikes left than normal (usually they are nearly all gone after I arrive at T1); this lifted my spirits. Wetsuit off, helmet on and I was set to ride. 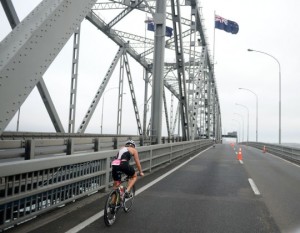 I may have been a little ambitious assuming it would be okay to ride a brand new bike (I had only ridden it for a total of 25km before the race) but a fit a few weeks earlier from Custom Bike Fit meant I didn’t have any real dramas, except it being quite different from my previous bike.

I had one goal in the bike leg too – listen to the coach and ride to a set heart rate. This proved to be much harder than I thought.  I think perhaps my heart rate monitor took a while to work (I wore it in the swim) as it was stuck on 174 (significantly higher than planned). I eased back to try to get it lower but then started getting overtaken by others in my age group – I will admit that at around the 50km mark I had enough of trying to make it work so I put the pedal down (HR was way off target – sorry coach).

The ride is a gorgeous ride over the Auckland Harbour Bridge, then laps of the Auckland waterfront – never a moment to get bored and before I knew it I was arriving into T2. I nearly stacked it getting off and quickly had to correct myself and find my running legs very quickly.

I always count bikes from my age group in T2 to see how I am placing. I counted 9, placing me (what I thought) in 10th. I had some work to do – helmet off, Mizuno Hitogami shoes on, grab race belt and hat and go.

I had another strategy for the run – a really really low heart rate (for me); set by the coach. I was to run at heart rate 150. To put this into perspective my last half ironman 3 months earlier, my heart rate average on the run was 181. I turned my watch onto heart rate and tried my best to keep it down. The best I could do was high 160s – still a vast improvement.

My focus was on heart rate and consequently I forgot about my pace – I was pleasantly surprised to see my splits coming in at 4:20 – 4:30 pace and I was holding them. At about the 7km mark I had overtaken 3 girls putting me into what I thought was 7th. I then decided to target the girls in my age group. Soon I was 6th, then 5th, then 4th then with 1km to go I got another girl. 3rd. Maybe – was I?

My run is my strength. Coming from a running background, I count on this to finish a triathlon strongly. I have improved dramatically in recent times and am almost on the verge of catching my nearest and dearest (he is still bloody quick). I train very hard and run anywhere between 70-100km a week.

I finished Auckland in my quickest time ever for the run (1.36) and third fastest half ironman time ever (5.05). A quick look at results had me in 4th by only 50seconds. Damn. A podium spot so close but so far. It might have given me a roll down spot for the World 70.3 Champs in Austria, but that has never been my goal: however I do want to qualify for the same champs when they come to the Sunny Coast in 2016. 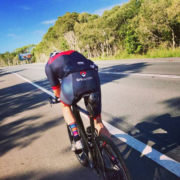 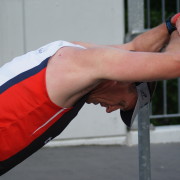 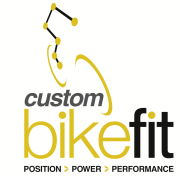 Improving Aerodynamics on the Bike